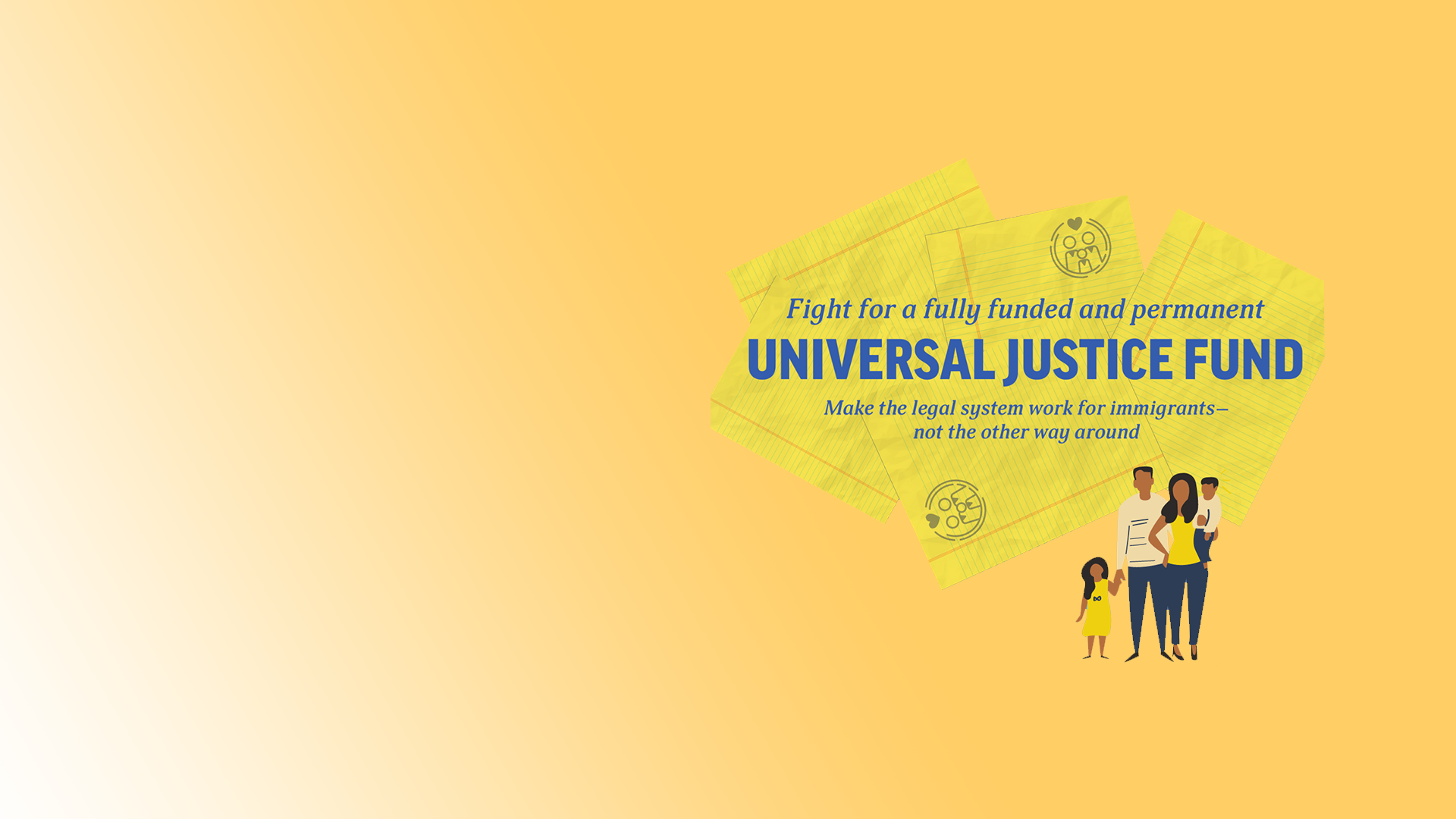 My Experience as a Second-Generation Immigrant

MY EXPERIENCE AS A SECOND-GENERATION IMMIGRANT

I am the daughter of Mexican migrants, and my personal community includes migrants of all citizenship statuses. I have seen the impacts of our harmful immigration enforcement system and our exclusionary social support networks on my loved ones. In the last two years of the pandemic, we have seen more clearly than ever that migrants are barred from access to federal and local economic relief, healthcare programs, and survival tools. I am committed to fighting for migrants and turning our city into a policy leader for migrant justice. 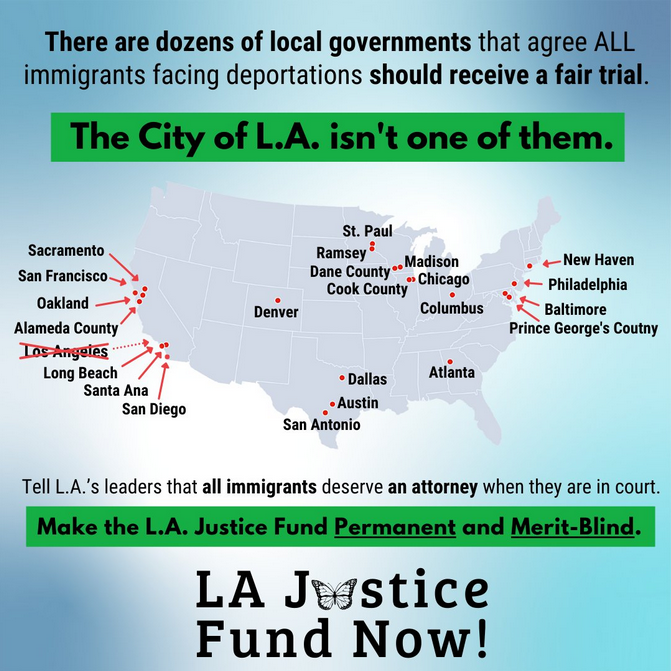 I. CIVIC PARTICIPATION FOR MIGRANT COMMUNITIES

According to 2019 population estimates (American Community Survey, 5-year estimates), the city of Los Angeles is home to almost 1.5 million migrants – 36.9% of our total city population. While 17.5% are naturalized, close to 20% are non-citizens. This means that nearly one fifth of Angelenos are shut out of participating fully in the political process – being unable to vote in national, state, county, and local elections. As it currently stands, migrants’ needs can be ignored by local elected officials who are focused on appealing to their voting constituencies.

The state of local immigration reform is truly shameful. While front-line organizations have been mobilizing, delivering services, building the base, educating, and getting people involved, our local leadership has been absent, or worse, blocking much needed migrant-led reforms. We need leaders who will act now. In my majority Latinx district, migrant CD1 constituents are impacted not just by deeply outdated policies around immigration, but also by housing loss and instability, racism, job loss, wage theft, and deep disinvestment.

Migrants deserve to have equal representation, and given the stagnation in federal and state politics, local governments must step up and enfranchise non-citizen Angelenos to vote in municipal elections. Los Angeles is their home; one they have built through hard work and sacrifice. Migrants should have a voice in the political process that affects them so directly.

When I am elected to represent CD1, I plan to advocate for the full enfranchisement of our migrant neighbors to vote locally and work alongside other council members to bring this issue to the agenda. I will campaign to gain support from within City Hall and throughout the wider constituency so that Los Angeles can finally move from inaction to true migrant representation.

We can and should enshrine our “sanctuary city” policies into law. Since the ad hoc Immigrant Affairs Committee formed in 2017 (now permanently part of Immigrant Affairs, Civil Rights, and Equity Committee), migrant justice groups have continued to fight uphill battles to secure basic protections present in other major cities. There are councilmembers who seem available for photo opportunities with migrant community members, yet have stalled any agenda to pass critical migrant rights and safety legislation while allowing carve-outs to the Justice Fund.

The incarceration of migrant people is dehumanizing. Not only are detention centers immoral, their detrimental impact runs deep through Los Angeles: families are torn apart, workers and businesses are impacted, and crimes against migrant people go unreported. For example, we know that domestic violence is severely underreported within migrant communities. While Los Angeles has been grandstanding about protecting our migrants, our actual policies are lagging behind cities like New York, Chicago, and San Francisco.

When I am elected to CD1, I will prioritize the protection of migrants by advocating for a truly welcoming city and applying pressure on other councilmembers to act on their promises.

► Enhance Special Immigrant Juvenile Status (SIJS) protections for vulnerable youth. Many of our young people and gang-impacted youth are migrants and would benefit from SIJS relief, but the current system is underfunded and needs to be augmented with support from the city.

► Designating the city of Los Angeles as a true Sanctuary City.

► Campaign to end information sharing between local law enforcement and Department of Homeland Security as well as third party vendors like Palantir and LASER. DHS/LAPD task forces and raids sometimes share information besides immigration status, such as a person’s address, image, voice, or fingerprints, which can be used to identify people by immigration enforcement. Los Angeles also engages in sharing info with third party data vendors who then resell info to DHS.

► Fight for deportation defense funding and support from the City of LA. The city has been reluctant to fund deportation defense without massively burdensome and exclusionary carveouts. Los Angeles has been way behind other cities in funding this basic humanitarian need.

► Collaborate with local leaders to push for stronger SB54 and other immigration protections to ensure no state or local resources are used to assist federal immigration enforcement.

Enfranchising non-citizens and protecting families from deportation is the baseline level of representation that our migrant communities need. We need to move from accommodation to equity across issues that affect migrants specifically. Many migrants hold intersecting marginalized identities that make surviving and thriving in Los Angeles challenging. I believe that City Hall can work unilaterally and collectively with other agencies to make Los Angeles an integrated and equitable society where migrants have the same life chances as other Angelenos.

For my district, I would also like to highlight wage theft as a major issue impacting migrants and women. When we look at the economic impact of who suffers the most, who is laid off, underpaid, lacks opportunity, and punished the most, it is clear that women and migrants consistently shoulder the biggest burden. Here in LA garment workers often work 12 hours days, up to 70 hours a week, and make between $3 and $4 dollars per hour with no overtime. In fact, each week low-wage workers lose approximately $26.2 million in wages, making LA the wage theft capital of the country. On the city level, I believe there is a lot we can do. We could fight to develop real consequences for wage theft and wage discrimination but more importantly, to direct the city to engage in extensive outreach and education to employers to prevent harm to workers in the first place.

When I am elected to represent CD1, I will bring a nuanced understanding of the problems that disproportionately affect our migrant community, informed by grassroots organizations already doing the work to support their overall well-being. In addition, I will work to pass specific budgetary items to fund strong collaborative partnerships between the city of Los Angeles and migrant-led organizations.

► Work with unions, local businesses, and the city attorney’s office to proactively ensure that employers in my district are aware of anti-discrimination laws and wage theft.

► Expand protections and support for street vendors by advocating with and following the lead of groups like the LA Street Vendor Campaign and Inclusive Action for the City.

► Work with the Civil & Human Rights and Equity department to develop strong oversight against wage discrimination for the city of LA as an employer.