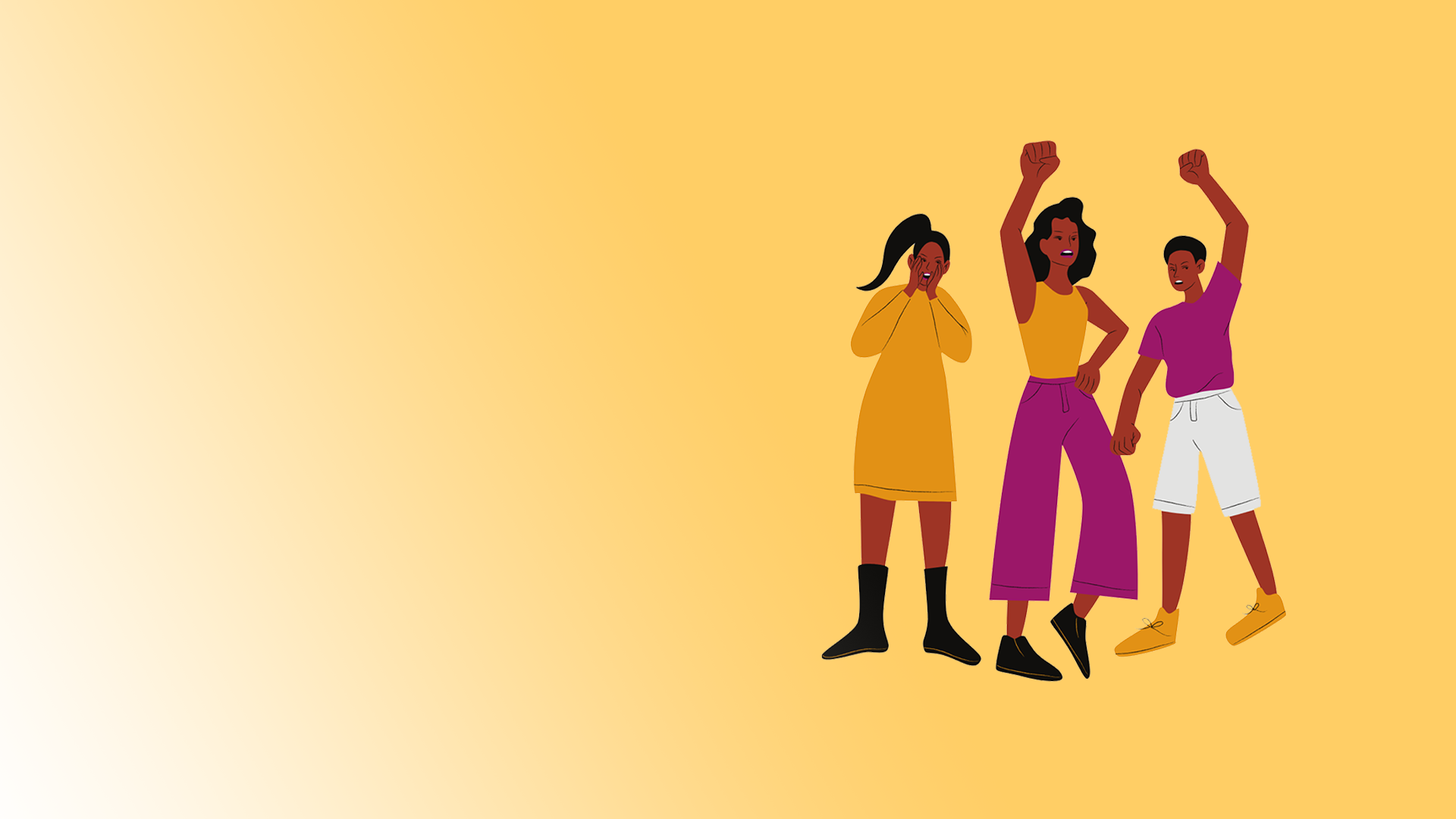 My past work on women and the carceral system

Gender Justice Specific to Black Women and the Carceral system

MY PAST WORK ON WOMEN AND THE CARCERAL SYSTEM

Of the many issues facing women, one that is regularly overlooked is how and what happens to justice-impacted women. The top five charges that have women in the LA County jail system are related to: driving with a suspended license or no license, property damage, mental health needs, and substance use needs. I would begin to move policy forward that invests in jobs, housing, and social safety nets for all women such as expanding programs like A New Way of Life and Miriam’s House. I would also work with the Budget Committee to advance budget proposals for expanding and enhancing family reunification services, intimate partner violence crisis response, and day care services.

I would also like to uplift that trans women, particularly Black trans women, are disproportionately criminalized and incarcerated in LA. One of my first priorities would be to make budget requests to expand housing, mental health and substance use treatment delivered by and for people who are trans and gender diverse. Fortunately, we don’t have to recreate the wheel, we can follow the leadership of organizations and service providers such as TransLatin@ Coalition. Access to healthcare for trans and gender-diverse people by or informed by trans and gender diverse people is a huge need. I would work with the county to bring down funding to open health resource centers in my district.

To meet the demand for trauma informed services and housing particularly for BIPOC women and LGBTQ+ people I would draw from the Gender Responsive work I have led in LA County to build out gender responsive and trauma informed housing, reentry, and supportive services for the women and LGBTQ folks in LA. I have dedicated the last few years of my career to developing alternatives to incarceration that can support women who have been impacted by intimate partner violence, who are in our LA County Jail system, and who are returning home from incarceration. I’ve done that work as the Chair of the LA County Gender Responsive Advisory Committee. We produced a report last year that recommends the expansion of trauma informed and gender responsive community based services for people incarcerated in the women’s jail and the K6g units (LGBTQ+ units). As the chair of the GRAC I led the creation of the process, recommendations, and overall report content. I shifted the committee’s orientation from one designed to recommend how to build more inclusive jails to developing recommendations written by women and trans and gender non-conforming people impacted by the carceral system for the investment in diversion, decarceration, and decriminalization of these groups. We found that over 80% of incarcerated women have experienced sexual violence and over 75% have experienced intimate partner violence. Also 1 in 5 transgender women have been incarcerated in their lifetimes. LAHSA data shows us that at least 39% of the people experiencing homelessness in LA are women. Women and LGBQT+ people have a unique set of barriers and challenges to get housing that can support their needs.

GENDER JUSTICE SPECIFIC TO BLACK WOMEN AND THE CARCERAL SYSTEM

For nearly a decade, I have dedicated myself to developing policies and budgets around ending mass incarceration, justice reinvestment, and expanding non carceral alternatives to incarceration.

For the last two years I have been the Chair of the LA County Gender Responsive Advisory Committee. We were initially tasked with identifying how to build a new gender responsive jail, but when we canceled the plan for a new women’s jail we were able to shift the focus of the GRAC to building out recommendations and pathways to decarcerate CRDF (the LA County women’s jail) and the K6g units (units for people who are LGBTQIA), and to build out gender responsive community based services. Last year the GRAC released these recommendations that outline some of the things we can do to promote the well-being of these groups in our communities. These recommendations were developed by health experts, trans people, gender-diverse people, and people directly impacted by incarceration.

Black women, people with mental health needs, LGBTQ+/GNC people desperately need to be diverted out of the jail system to community-based services and permanent supportive housing in much larger numbers than are currently afforded.

During the Measure J process I worked with BAJI and other groups to get money for the LA Justice Fund, but with no carve outs and with an emphasis on services for Black migrants.

In all the work I’ve done racial equity and justice have been at the forefront. I’ve had to learn how to be the best ally and support of my Black comrades and partners.

In the first months of COVID-19, the average daily jail population in LA County decreased by 5,000 because of policy changes designed to stop transmission of the virus. However, there were racial disparities in these emergency releases and a study for the LA County August 2020 Maintaining a Reduced Jail Population Post-COVID-19 report showed Black women in particular were the most frequently left behind during COVID- 19 releases:

Even if unintentional, we cannot allow these types of inequities—both in incarceration and access to healthcare—to continue. Yet, there are still racial disparities; Black women are 8 percent of women in LA County and 30 percent of the women in jail. Among women, Black women are the only race/ethnic group that is disproportionately incarcerated in this way.

In office, city council members have a huge impact on land use and the conditions for contact between law enforcement and people. I would utilize the powers of the office to remove those conditions and follow the leadership of Black movement organizations & coalitions to build the housing, resources, stability that is missing.

Gender justice, including reproductive justice, has been the cornerstone of my work with the non-profit I co-founded La Defensa. We believe that equitable and accessible reproductive health should be the bare minimum, including abortion.

In my work, we have taken harm reduction efforts to address reproductive health for our pregnant population by bringing doulas into women’s jails in LA county. It is important for me to note that this program does not fund the jails but does fund independent doulas. Instead of funding our carceral system, it addresses a vital and dangerous lack of care for incarcerated pregnant people by creating direct service provision.

Gender justice, reproductive health, and education are incredibly important to me. The organization that I co-founded built to be a space that valued cis and trans women, gender non-conforming people, and put feminist and justice-oriented values at the forefront of our work. I have built a team of incredible women in my campaign, our staff is majority femme and I plan to continue that trend in office.

In my policy work to create safer cities for impacted populations, I have gotten to learn a lot of advocate for women and gender non-conforming people who are incarcerated. I worked on bringing health services and reproductive services to that population and am deeply passionate about healthcare and the sometimes invisible struggle for people with uterus.

My work has largely focused on repealing the most harmful policies within the criminal legal system and ending mass incarceration. Many of the populations impacted by over-policing and mass incarceration are the same populations that are most impacted by wage dscrimination. In office, I would work with the Civil & Human Rights and Equity department to develop strong oversight against wage discrimination for the city of LA as an employer.

For my district, I would also like to highlight wage theft as a major issue impacting women and communities of color. When we look at the economic impact of who suffers the most, who is laid off, underpaid, lacks opportunity, and punished the most, it is clear that women, immigrants, and communities of color consistently shoulder the biggest burden. Here in LA garment workers often work 12 hours days, up to 70 hours a week, and make between $3 and $4 dollars per hour with no overtime. In fact, each week low-wage workers lose approximately $26.2 million in wages, making LA the wage theft capital of the country. On the city level, I believe there is a lot we can do. We could fight to develop real consequences for wage theft and wage discrimination but more importantly, to direct the city to engage in extensive outreach and education to employers to prevent harm to workers in the first place.

In fact, each week low-wage workers lose approximately $26.2 million in wages, making LA the wage theft capital of the country.